The Fiocruz campuses in Rio de Janeiro showcase a wealth of landscaping and urban resources and are home to outstanding examples of architecture from different periods. Built by the architect Luiz Moraes Júnior to house the institute’s laboratories, the Moorish Castle, set atop the highest hill at Manguinhos, has become the institute’s trademark. Heavily influenced by Moorish aesthetics, it is one of the few eclectic-style buildings in Rio de Janeiro. Erected between 1904 and 1919 and equipped to serve the specific needs of the institute, the earliest buildings now form the Manguinhos Historical Architectural Nucleus, also known as the Eclectic Nucleus. The new structures added in the 1940s to accommodate Fiocruz’s expanding activities form the heart of the Modernist Nucleus. Both ensembles are enveloped by sprawling green areas. The Casa works steadily to preserve buildings at Manguinhos and other sites of Fiocruz architectural heritage, such as Itaboraí Palace, located in Petropolis, a mountainside city outside Rio de Janeiro. The Italian designer and builder Antonio Jannuzzi erected Itaboraí as his summer home in 1892. In 1998 the federal government ceded it to Fiocruz. 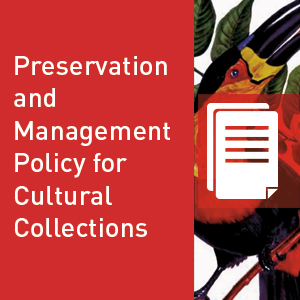 Preservation and Management Policy for Cultural Collections in Science and Health