The Casa de Oswaldo Cruz is Brazil’s leading center for research, teaching, documentation, and communication in the history of health and science. It is part of the Oswaldo Cruz Foundation (Fiocruz), a federal institution devoted to science and technology in health. The Casa’s singular archival, bibliographic, and museological collections hold valuable records on political, social, and cultural developments in Brazilian health. These encompass photographs, films, documents, museum pieces, and oral accounts dating to the late 19th century.

Created in 1986, the Casa de Oswaldo Cruz oversees the preservation of Fiocruz’s historical buildings – a heritage that ranges from early 20th-century eclectic-style structures to examples of Brazilian modernism, situated on the foundation’s main campus in Rio de Janeiro. The centerpiece is the Castle, which was built between 1905 and 1918 to house the institution’s laboratories. Unmatched elsewhere in Brazil, this outstanding example of neo-Moorish architecture has become the emblem of Fiocruz.

Casa de Oswaldo Cruz researchers have produced a robust body of scholarship in the history of the sciences and health, as evidenced by their publication of countless papers in eminent Brazilian and international journals as well as of numerous books and reference works, many of which have played a role in public policymaking. As the Casa amassed further knowledge in the course of its activities, it opened new research frontiers that cut across the boundaries between science and health, on the one hand, and fields such as archival science and documentation, the public communication of science, architecture and urban planning, and cultural heritage, on the other.

In the realm of teaching, the Casa offers graduate programs in the History of the Sciences and Health (Master’s and PhD); the Public Communication of Science, Technology, and Health (Master’s); and the Preservation and Management of Cultural Heritage in the Sciences and Health (Professional Master’s). The Casa also publishes the journal História, Ciências, Saúde – Manguinhos, which is indexed by internationally recognized bibliographic databases.

In tune with Fiocruz’s social commitment, the Casa’s Museum of Life invites the public to learn about science, health, and technology through entertaining and innovative activities. Ongoing exhibits, interactive modules, theatrical plays, and a range of other experiences spark visitors’ curiosity about science and encourage the public to exercise citizenship by participating in the definition of public policies regarding science and health. The museum revolves around three topics: life as an object of knowledge, health as it relates to the quality of life, and human interventions into matters of life. 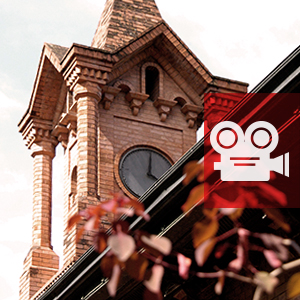